A recent study from Europe is showing that Children from low income families benefit from being bilingual. NALDIC (National Association for Language Development in the Curriculum) based in England highlights an interesting study on this topic in their website (http://www.naldic.org.uk/eal-advocacy/eal-news-summary/200912?dm_i=11M1,Z16E,7M1CX5,2XSTQ,1 ). Quote:
“This is the first study to show that, although they may face linguistic challenges, minority bilingual children from low-income families demonstrate important strengths in other cognitive domains.....Our study suggests that intervention programs that are based on second language teaching are a fruitful avenue for future research” says Engel de Abreu.
Read more »
Posted by Karsten van Riezen at 6:53 AM No comments: 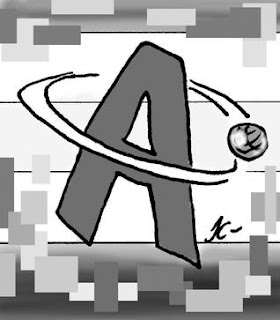 Samir Karmakar of Jadavpur University , Kolkata wrote on CounterCurrent an short article on Linguistic Right And Language of Politics. He points out through a powerful graph that even the state languages are declining. He criticises the multilingual education efforts as they still seems to promote a shift to English:


The introduction of mother tongue in the elementary education, as is proposed by different agencies, is mainly from the angle of cognitive development. In order to facilitate the young learners' cognitive development, their mother tongues are proposed to include in the language curriculum in elementary level under the assumption that, as has been pointed out by World Bank in Priorities and Strategies for Education (1995), this approach will “promote the cognitive development needed for learning a second language”. As the learner moves to the higher education, mother tongue will be gradually replaced by English only. (How innocent could be the ambush to clear the blockage in the name of “God”, “an impressive expression of the public will and without regard to partisanship”!)


Introduction of mother tongue in the elementary education is not enough to empower the people linguistically, until and unless it's presence in the entry point to the market is assured. What is required to assure the latter one is the political and economical empowerment of All. Interestingly, not much hullaballoo on this issue!


A true multilingual approach should unleash the scope to all at every level of the tertiary educational system in India ; and this can be achieved only through the political and economical empowerment of all. If this demand sounds too much to achieve the stated goal of multilingualism we need to recognize linguistic liberty is still a distant dream even after the half decades of political independence.

The value of a working orthography is often overlooked while pursuing MLE. We often focus on the educational factors and tend to overlook the linguistics. Butch Hernandez wrote an article in the Philippine Daily Inquirer on Spell well, read well, write well in which he writes that teacher want to develop learning material, but often struggle:


The problem lies in orthography, or more specifically, the absence of one for the desired mother tongue. Orthography is actually the set of spelling and writing rules that govern a particular language.

In her piece “How Spelling Supports Reading,” Louisa Moats, a literacy research and professional development expert, explains that “research has shown that learning to spell and learning to read rely on much of the same underlying knowledge—such as the relationships between letters and sounds—and, not surprisingly, that spelling instruction can be designed to help children better understand that key knowledge, resulting in better reading.”

Moats adds: “Research also bears out a strong relationship between spelling and writing: Writers who must think too hard about how to spell use up valuable cognitive resources needed for higher level aspects of composition. Even more than reading, writing is a mental juggling act that depends on automatic deployment of basic skills such as handwriting, spelling, grammar, and punctuation so that the writer can keep track of such concerns as topic, organization, word choice, and audience needs. Poor spellers may restrict what they write to words they can spell, with inevitable loss of verbal power.”

Read more »
Posted by Karsten van Riezen at 10:59 AM No comments:

There is more news on the new developments in Odisha / Orissa. Dharitri Patnaik of the Bernard van Leer Foundation wrote the below response to last week's message. To me the best news is that he reports that the demand is coming from the tribal communities themselves: The persistent campaign by tribals from the villages to the state capital has resulted in this directive. Demands for quality curriculum in tribal languages, recruitment of tribal men and women as teachers, centres in remote tribal hamlets and involvement of communities to monitor education are all part of the campaign.  This is confirmed by some of the newspaper links. It seems that the Odisha Adivashi Mancha (OAM) has been instrumental in this endeavour. DishaDiary reports:


The OAM is currently working on details of a strategy to make the new directive effective. "We will meet the Chief Secretary again to apprise him of our plans and concerns on the directive issued," says Mandal.  "Since the government has taken a right step on our long pending demand, we are ready to engage with it to give it a proper direction," he adds.


As per the suggestion of the OAM, tribal children should get educated in their tribal mother tongue at anganwadi kendras at pre-school level.

Read more »
Posted by Karsten van Riezen at 10:57 AM No comments:

Good news from Orissa. Chief Secretary Sri Bijay Kumar Patnaik has directed OPEPA to develop bilingual primers in tribal dialects for children from Class-1 to Class-III and cover all the schools having 100% monolingual tribal students. He also  directed to OPEPA to customize the Anganwadi study guide (Arunimain) in tribal languages in the context of their culture. The stories, rhymes, dance performances, folk-lores of the tribe concerned will be reflected in this.
In another development, nine new  tribal languages have been identified for inclusion in Multi  Lingual Education programme. These languages are Gutob, Ho, Gondi, Parja,Khaira, Didayita, Chhatisgarhi Odia, Binjhal (western Odisha) and Binjhal (for Bargarh region).