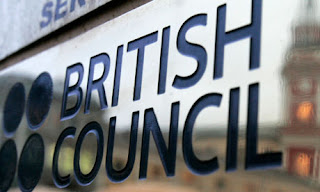 [MLE] A critical report on the RTE progress

In April it will be two years since the the Right to Education (RTE) Act was introduced. Forward Press Magazine published a critical article on the progress made thus far:  A Fundamental Wrong: Education for too Few.

The author, Suzana Andrade, makes an interesting comparison with Finland were they also implemented a major education transform several years back: "In 1971, Finland's government realised that the only way to modernise its economy and compete in an increased competitive world was to transform its basic education. According to a recent article in The Atlantic magazine, the secret to Finland's success is that the goal they pursued was not excellence, but equity". On India: "Today, though the policies and rhetoric have changed, the underlying worldview remains: our society continues to prioritise a few and exclude the rest".

[MLE] A thorough paper on the MLE program in Orissa/Odisha

I don't think I have ever come across such an extensive analyses of the MLE programme in Orissa as the one from Dr Urmishree Bedamatta presented at the 2nd Philippine Conference Workshop on Mother Tongue-Based Multilingual Education  held February 16-18, 2012 titled:


The politics of mother tongue based multilingual education: A case study on MLE for Juanga children in an eastern state of India
The author does base her analyses on field visits, interviews and a wide range of literature study. Her analyses is critical. The abstract states:


The analysis of the MLE programme with reference to classroom transaction, the teacher and the teaching learning materials led to the following conclusions: (a) the use of the mother tongue is a strategy to improve statistics on access with little concern for retention, (b) the use of the mother tongue does not guarantee the use of local cultural knowledge for academic learning, (c) local cultural knowledge is transformed to assimilate with knowledge legitimised in the curriculum, and, (d) the role of the teacher as an agent of change is ignored: the ‘MLE teacher’ is a means to cope with teacher shortage in the tribal areas. The mother tongue in the MLE programme thus faces the threat of being an instrument ‘in the service of an institutional cause’.