Book: Language in Education for Migrants and Refugees

The issues related to migrants and refugees are more acute than ever. The free e-book Approaches to Language in Education for Migrants and Refugees in the Asia-Pacific Region looks into the issue of language in education for these people on the move. The book is published by UNESCO Bangkok and Kathleen Heugh was the first author, but many others also contributed to this 40 page book.

Quality Training for teachers and policy makers on the topic of Multilingual Education has always been a challenge. It is therefore good to note that a Certificate Course is under development in collaboration with Guwahati University. 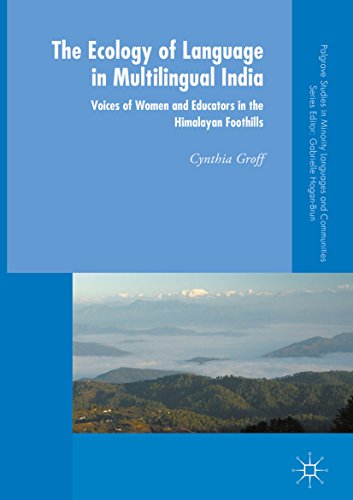 Grassroot level research is rare. Dr Cynthia Groff lived for months with girls in a hostel in the Kumaun area of Uttarakhand (North India) and researched how the local language is used in different settings. Her PhD research has now resulted in a book: The Ecology of Language in Multilingual India: Voices of Women and Educators in the Himalayan Foothills.


While visiting government officials I have often come across the assumption that multilingual education would foster separation movements and therefore violence. Recently a panel called "Linguistic tolerance as a tool for resiliency in multilingual societies against violence and radicalization" addressed this issue. As this is also relevant for India I post the reference here.


The guide provides a useful resource for anyone involved in community development work, particularly among linguistic minorities. It is adding to the growing literature around the importance of communities identity, language and culture in the development process. A brief introduction to the guide is included below.

[MLE] Siksha Sahayaks to be engaged in MLE in Odisha

Odisha has for several year be one of the front runners for multilingual education. It wants to expand the program and has decided to recruit teacher assistants ("Siksha Sahayaks") for the program. This move is part of a wider initiative to push the responsibility of the education down to the community. More details can be read in the article titled "Siksha sahayaks to be engaged in MLE". A few quotes:


Although the [MLE] programme had been implemented by transferring teachers with expertise in the tribal language to the MLE schools, absence of adequate number of teachers prompted the Government to engage siksha sahayaks for effective implementation of the programme.

In fact, the Government has already approved a policy on MLE which calls for continuation of the programme and its coverage to all tribal children.

In a latest resolution that seeks to address the issues, the School and Mass Education Department has directed that all functions of elementary education will be transferred in phases to zilla parishad and other panchayati raj institutions. Since MLE is part of the elementary education, it too would follow suit.

Interestingly on the OPEPA Siksha Sahayaks recruitments page Urdu, Bengali and Telegu are mentioned as specific required languages, but nothing is said about speaking tribal languages.