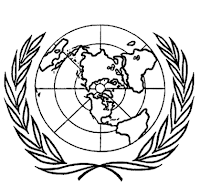 The United Nations is encouraging college and university students to write an essay in one of its six official languages on the role of multilingualism in a globalized world. To qualify, the student’s native language has to be different from the one in which he or she writes, and different from the principal one at the school. The contest is called "Many languages, one world’.

Against the backdrop of the new Early Childhood Care and Education policies Prof Shivali Tukdeo recently wrote an article in the Indian Express titled The Word and the World . A few quotes:


The inclusion of home or local languages in preschool is a step in the right direction, for educational as well as social reasons.


Evidence-based studies on early childhood and research in educational psychology and cognition suggest that exposure to multiple languages can facilitate early development.

Given the interactive nature of early learning, home languages and local vernaculars would be excellent resources to introduce the child to the rhymes, rhythms and stories of a world that she inhabits. With the inclusion of mother tongues and local vernaculars in preschools, many neighbourhoods and localities, with their different stories, will enter the realm of school.

If the responses to the recent textbooks in Santhali, Gondi and Kok Barok are any indication, Adivasi children want to see their languages in school. The development of local languages as languages of knowledge production and dissemination will be crucial in democratising our education.

The language debate would be more productive if it were not framed within the binaries of either-or. The proposal to introduce mother tongues or home languages is not against English, and should not be taken to be so.


This conference, "Whither MLE?" will therefore attempt to revisit our assumptions of a modern Global Indian state and Indian education in 21st century against the constitutional debates, the NCF2005 and the Sarva Siksha Abhiyan where MLE is implemented as an innovation program for tribal children. Can we imagine a post colonial, post modern Indian state without recognizing and building on the multilinguality of Indian and World communities? Shouldn't subaltern discourse inform the entire school education practice of India? Shouldn't all schools including the ECCE centers have a multilingual pedagogy that builds on the home languages of the children? Analysis of these issues will provide a fresh paradigm for examining the reasons for marginality of the hitherto run MLE programs in Indian schools and the inadequacy and in-egalitarian nature of the universal school education system in India. This conference will create a layered discussion on each of these issues, reflect critically on the MLE programmes and practices in Indian school and develop an agenda for implementing MLE in all schools in future.

The following themes will be covered: