Last week I attended  the “Inclusion, Mobility and Multilingual Education Conference” in Bangkok. This time the MLE conference was done together with the British Council’s recurring conference on Language and Education which resulted in a larger and richer conference with about 450 participants from a broad range of disciplines participating. The topic of “inclusion and mobility” provided a good opportunity to link MLE to the increasing number of issues around migration and identity. At least 30 participants were from India, several of who gave a presentation. For now, we will give a few impressions with links to abstracts. At a later stage, the full presentations will become available.

This month there were plenty of articles in the newspaper talking about language and education because of the publication of the Draft National Education Policy (NEP) which stated: “Three-language formula will need to be implemented in its spirit throughout the country, promoting multilingual communicative abilities for a multilingual country.” Of course, there was the controversy around the promotion of Hindi, but there were also plenty of references to the value of multilingual education.

Read more »
Posted by Karsten at 4:10 PM No comments: Links to this post 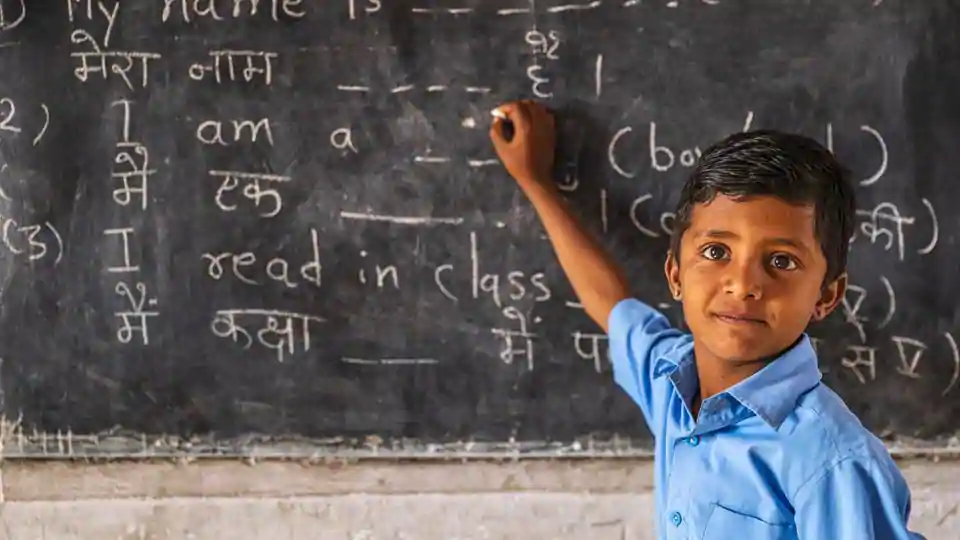 Studies suggest that multilingualism has its benefits. (Getty Images)

Rather than dichotomizing the teaching of English against in any local language, professor Neeta Inamdar argues that research shows that a simultaneous approach of multiple languages works better.
Read more »
Posted by Karsten at 4:58 PM No comments: Links to this post 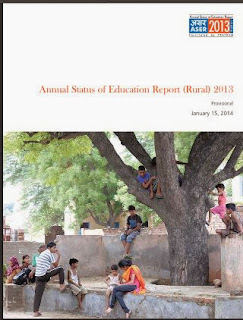 Every year the ASER report provides a great source of data with regards to realities of primary education in rural India. The ASER press release states:

Given the changing priorities in education policy and the shift in focus to learning outcomes, we hope that in the next few years there will be much better news to report on children’s learning.

While reflecting on the data, Rukmini Banerji, the director of ASER, wrote in the Hindustan Times an article on "When and how English should be taught in schools". Some quotes:

The figures indicate that about half of all rural children in Class 8 can read a set of simple sentences and of those who can read about three-fourths can explain the meaning of what they have read. - See more at: http://www.hindustantimes.com/comment/analysis/when-and-how-english-should-be-taught-in-schools/article1-1166370.aspx#sthash.lllnv1NR.dpuf

The figures indicate that about half of all rural children in Class 8 can read a set of simple sentences [in English] and of those who can read about three-fourths can explain the meaning of what they have read.

Time and again, the NCF 2006 focus group paper on the teaching of English dwells on the need to help children learn their first language well. Looking at our own realities, it is essential that we must develop our own ways of bridging between languages and creating our own processes for language development within and across languages

More often than not, the weakness in learning a new language has less to do with the new language and more to do with lack of capability, competence and confidence in the original language. Second, if children have print material around them — books, stories, posters, newspapers, slogans — the more they learn how to deal with print. This is true regardless of the language. (ASER 2012 figures indicate that apart from textbooks, less than 20% of rural households have any material to read.)

We have found that children respond well to texts that have both languages interspersed. This is different from bilingual texts where both languages are placed side by side.


We have found that children respond well to texts that have both languages interspersed. This is different from bilingual texts where both languages are placed side by side. - See more at: http://www.hindustantimes.com/comment/analysis/when-and-how-english-should-be-taught-in-schools/article1-1166370.aspx#sthash.lllnv1NR.dpuf
We must encourage children to have fun in using language differently and appropriately in different situations for different purposes. Serious investment in building strong foundations in language skills will reap rich dividends in all the languages that children use. Whether Hindi, English or any other language, our approach to children in our fertile language landscape must be connected to our realities and suited to our condition, capabilities, needs and uses.

Read more »
Posted by Karsten at 1:28 PM No comments: Links to this post