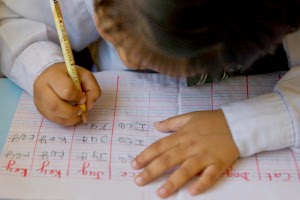 Learning in English and mother tongue are not mutually exclusive   Kieran Cooke from the Universal Learning Solutions , claims that if a synthetic phonics approach for literacy is taken governments do not need to choose between the mother tongue and e.g. English but can do both simultaniously. The article on the World Education Blog   describes a Synthetic phonetic approach to reading as : "This approach teaches pupils letter sounds (for example, mmm not em, sss not es) and how to blend those sounds together to read words (so d-o-g makes ʻdogʼ). At the same time they learn how to write words by segmenting a word into its sounds, and then forming letters for those sounds." It then gives some examples from Africa which proof that also for non Mothertingue English children this approach gives better results than conventional methods. There is also a reference to India: "One study using this approach with Kannada-speaking children in India shows
Read more
October 23, 2014 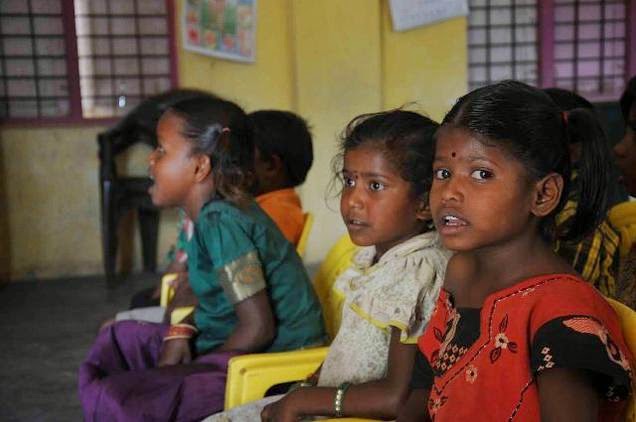 Pre-primary education in tribal language in Kerala Tribal children at an anganwadi in Attappady. Photo: K. K. Mustafah      ﻿﻿ The Hindu reports that  The Kerala State Commission for Protection of Child Rights (KSCPCR) is planning an educational package for tribal pre-primary children in their own language.    The article titled Pre-primary education in tribal language states: "Anganwadi teachers will use languages of different tribal ethnic groups to impart pre-primary education. The curriculum has been prepared, and it includes details of the origin, history, cultural diversity, and social life among different tribal groups " The given rationale reads: “When these children begin their education, at the pre-primary stage in the anganwadis near their settlements, they find themselves lost. The language used for instruction and communication here is frighteningly strange. The process flows on to the primary level too. Majority of these children drop out
Read more