Showing posts with the label 2022
Show all 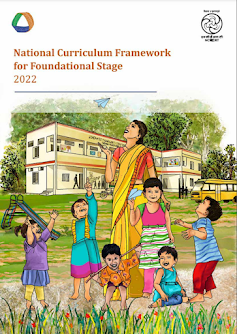 The National Curriculum Framework (NCF) for foundational stage education was released by the Union minister for education last month. The good news for Multilingual Education is that the NCF highly recommends the use of the mother tongue as a medium of instruction in the primary and the pre-primary grades for both public and private schools: “The home language serves as a facilitator for all learning and enables children to form connections with prior learning and home learning.” (P 74). The NCFs are detailed guidelines based on which school syllabi undergo revisions. The first NCF, in 1975, called the mother tongue the child’s “most natural medium of communication.”  The NCF 2000 promoted the use of the mother tongue not just in primary school but beyond, throughout one’s education. NCF 2005 said that Early Childhood Care and Education (ECCE) would “normally be in the child’s ‘first’ language, or home language” should be used for education. Now finally we have reached the point wher
Read more
More posts