Showing posts with the label Three Language Formula
Show all 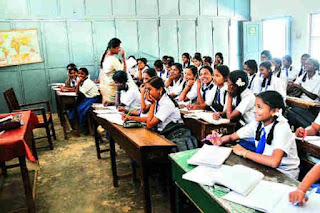 Panel of secretaries recommends to make English a compulsory Copyright: Financial Express Earlier this month a panel of secretaries from the Group on Education and Social Development has recommended to make English a compulsory subject in all schools beginning from class VI, and to start at least one English-medium school in each of the 6,612 blocks in the country. This news was reported in the Indian Express and the Financial Express a couple of weeks ago. I had hoped by now a few more details would have come out, as the panel aims for its implementation by this April. However the newspapers remain silent about it. The panel claims that this recommendation is in line with the three language formula by that it still allows the medium of instruction be the mother tongue, while English will have to be added as either number two or three. The advise goes against the RSS recommendation of last October that suggested that "the medium of instruction from elementary to higher
Read more

[MLE] Language 4x in the news this week