Showing posts with the label Nepal
Show all 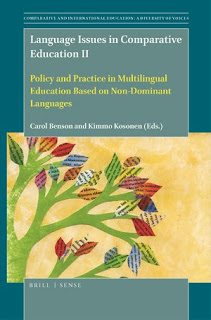 The book that contains the article Dhir Jingran knows what he is talking about when he writes about Policy, Advocacy, and Programs for Multilingual Education. In his previous job in the government of India, he made policy; as a director of an NGO, he does advocacy; and, as a researcher and trainer of teachers, he knows all about programs. No wonder that this article is definitely worth reading!
Read more

Nepal reports positive effects from local language classes Only a few months ago the Nepal press reported negatively about the multilingual education programs. But this time is different . The article Start of native language classes ups enrolment states : "According to the District Education Office (DEO), the use of native language has not only proved effective but also helped increase the quality of education." Fun to read that in this Magar community the program has motivated
Read more 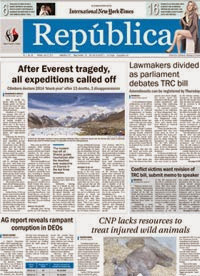 Dear multilingual education friends, Usually newspaper articles report on something new starting. This time Republic in Nepal reports on a failing project. The article Multilingual education fails to attract students in Jhapa points out that due to book supply challenges and resistance from the parents, several MLE classes have stopped.  It would be interesting to investigate further what is going on there. If you know any background on this, please put your comments on the MLE-India blog just below this entry. A few quotes: In Jhapa district, more than three dozen schools had been conducting classes in around half a dozen local languages, including Rajbanshi, Limbu, and Santhal. However, many of these schools could not implement the mother-tongue based education after stakeholders criticized the use of local languages as the medium of instruction. It seems one of the problems was with the teachers:
Read more

[MLE] Report on Language in education in Nepal; with reference to MLE in India 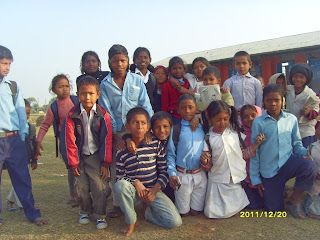 Dear Multilingual Education friends, The report " Language issues in Educational Policies and practices in Nepal: A critical review " draws an interesting conclusion. It builds a strong case that just doing MT for the first couple of years ("early exit") does not work. The 50 page report is published by Australian Aid.  A quote: " ... children are not able to develop strong competence in their mother tongues until there are taught through L1 for the first 8 years as in Ethiopia. To promote quality education in Nepal, it is mandatory to promote teaching in children’s first language (be it Nepali or other local languages) for the first six years (at least) (ideally 8 years). The Ethiopian evidence shows that children learn English better when they h
Read more

February 29, 2012
Dear multilingual education friends, Last week I had the privilege to meet the new UNESCO director for this region at their Delhi office: Mr Shigeru Aoyagi . Only now I discovered he had just that week written an article on the issue of language: Languages are vehicles of understanding, tolerance . In that article he e.g. wrote: Mother languages, along with linguistic diversity, matter for the identity of individuals. As sources of creativity and vehicles for cultural expression, they are also important for the health of societies. Studies and researches show that use of mother language at initial stage of education would enhance children’s comprehension skills. We know how important education in the mother language is for learning outcomes. Mother language instruction is also a powerful way to fight discrimination
Read more
More posts